Over seven weeks we engaged with New Zealanders over the age of 65 through workshops and one-on-one interviews, applying a participatory design process to help explore the triggers or needs that might occur transitioning to or during the life-stage loosely designated as ‘Senior’.

We spoke to more than 80 individuals representing a cross-section of New Zealanders. However, the complexities of engaging with various communities such as Māori, Pacific Islanders, Chinese and others required more time than was available during the pilot. We considered language, cultural appropriateness, and interviewing styles. We were also conscious that research only extended to a relatively small number of individuals. So we recommended that changes to the delivery of government services for New Zealanders over the age of 65 be postponed until appropriate engagement could happen.

Each individual has their own definition of what it means to be a ‘Senior’.

We asked people to give us feedback on the definition of Senior. What did it mean to be over the age of 65, and how did they experience their place in society? The people we spoke to wanted to be valued and understood. They spoke of different needs and how they wanted those needs to be supported in ways that were specific to them as individuals, rather than a generic approach. Some had higher levels of need than others.

“I’ve been coming to the marae since it began in 1968. They bring all sorts of people to this group. They bring healthcare professionals. Otherwise, the people here don’t get to them. Many don’t have vehicles. I enjoy what we have. I’ve got nothing to ask for.” 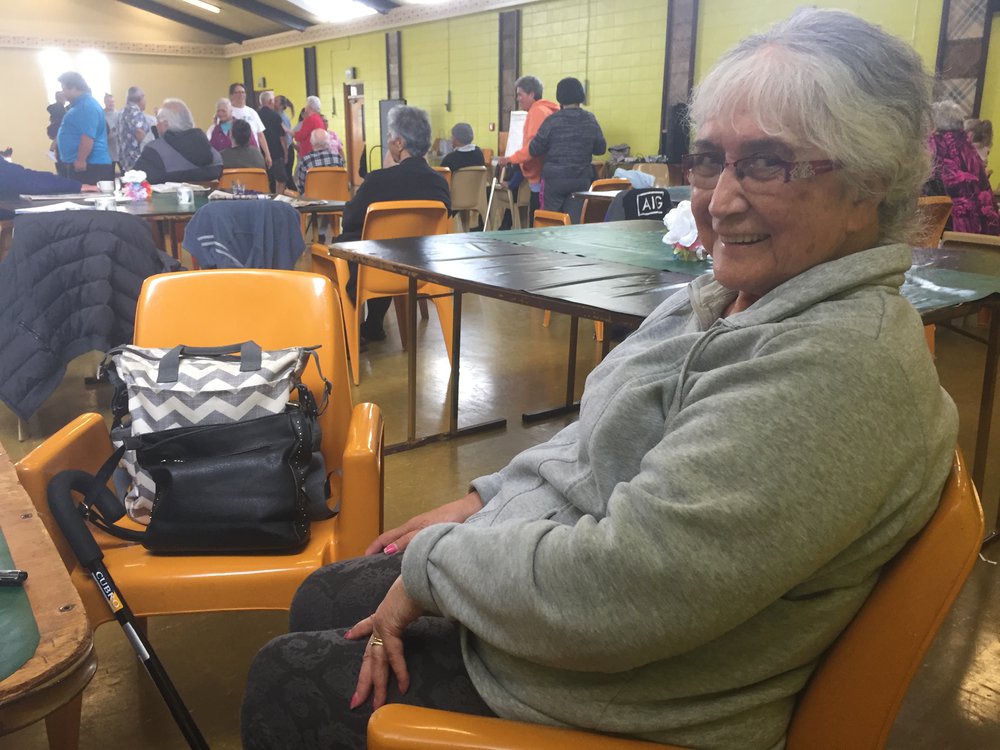 Connecting with others is vital for the day-to-day quality of life.

In response, we developed a concept we called ‘Supported Independence’ which allows people over the age of 65 to be independent in the way that they choose. We also identified other key areas of nurturing identity and worth: a sense of belonging; having and maintaining a positive attitude; and respect and dignity.

“Loneliness is a terrible poison for older people. It’s toxic because they feel cast aside. You need to feel as if people are interested in you and what you’ve got to say. It comes back to feeling respected. Aroha is a better word, it’s not just love, it’s bigger than that, it’s the love of you as a human being, your place in the world as a contributing member of the whole woven mat of society, te whāriki. You’re an integral part of it, not just a tattered edge.”

Identity and worth were impacted by different and dynamic factors which interrelated to form a delicate balance unique to each individual. We called these factors ‘between states’ because individuals varied on where they sat on the scale for each factor. 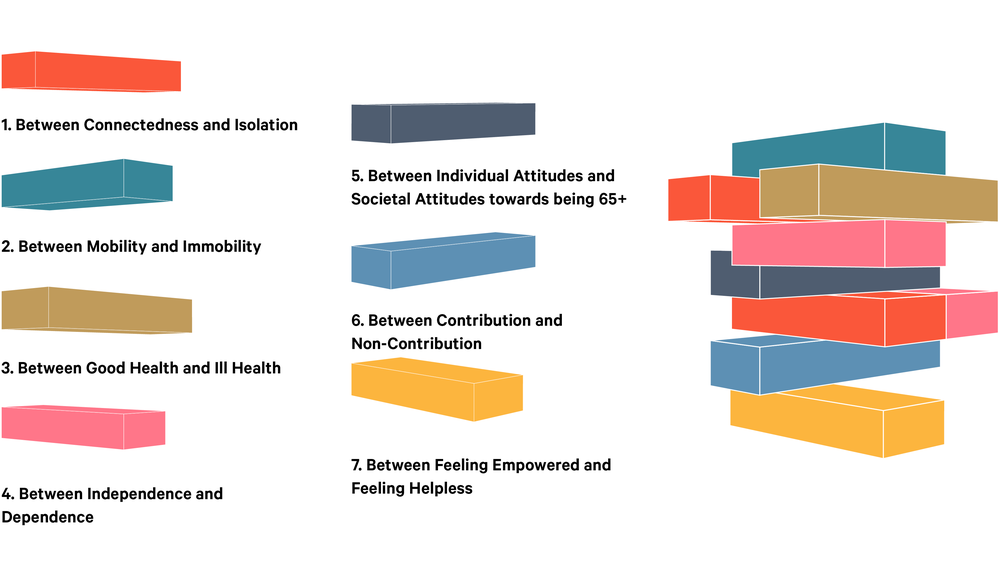 Using building blocks to represent the essential components for a positive sense of identity and worth.

Case studies were helpful to accurately illustrate the experiences of New Zealanders over the age of 65. We used these case studies to show current challenges as well as successes. We were fortunate to identify a model that was successfully delivering outcomes with respect and dignity for its people. This marae-based community group brought people together each week to connect and access health services on the spot.

“I’m not Māori so I wouldn’t have expected to have been eligible for kaumātua group, but I got invited. It’s broadened my horizons so much. I don’t have any Māori friends at Bob Scott [retirement village] but I’ve never laughed as much as I do with these ladies.”

We identified the potential for future prototyping based on designing ‘whole services for whole people’. The objective is for those people most affected by the desired outcome to be involved in co-designing service solutions to meet their needs at all points of the process.