How can young tāne and their whānau be best supported in their experiences of re-entering the community after prison, and in making positive life changes that remove imprisonment from their future life path?

The Whakatutuki Moemoeā initiative has its origins in pioneering work instigated by Manawatū Prison (and supported by Corrections' High Impact Innovation Programme) to establish a unit within their high security facility for young men who identified that they wanted to make positive changes in their lives. The Tu Mai unit provides a discrete, 16 bed wing where young tāne under the age of 25 are guided through a raft of attitudinal and life skill programmes by dedicated mentors and visiting trainers. Individualised programmes may include Mau Rākau, Kapa Haka, relationship guidance, alcohol and drug rehabilitation and numeracy/literacy programmes. The intention for Tu Mai is to support young tāne to reflect, learn and make positive changes to support them when they return to the community. Tu Mai also prepares tāne for release with the assistance of external services including WINZ, Probation, rehabilitation and accommodation facilities. 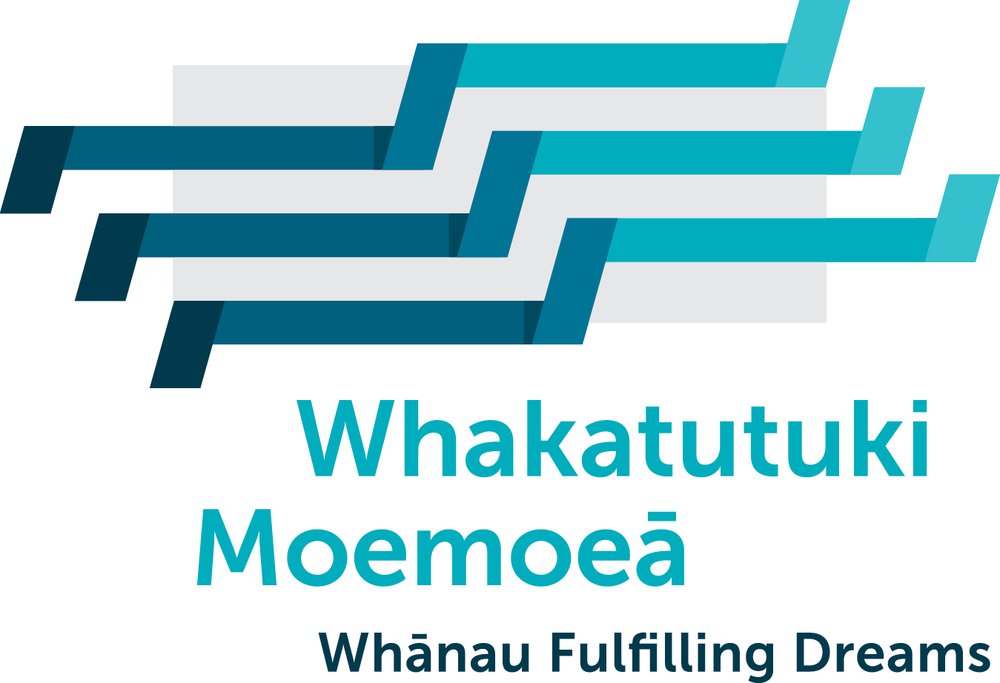 Whakatutuki Moemoeā tohu – co-designed by Te Tihi and Toi Āria, and presented to the Tu Mai Unit at pōwhiri ceremony.

Over its first year of operation, the Tu Mai programme saw very positive results, evidenced by personal development and, in some instances, accelerated release of its young tāne through the parole process.. However, young tāne returning to the community frequently find themselves rapidly re-immersed in the same patterns and cycles that contributed to their past imprisonment. Reimprisonment rates are particularly high for young Māori.

Corrections approached Te Tihi o Ruahine in 2019 to partner in a pilot to build on the foundations of the Tu Mai concept, and to establish a powerful role for whānau to be accountable for the rehabilitation and reintegration of their tāne while in prison, at time of release and beyond. In turn, Te Tihi recommended that services crucial to supporting tāne and whānau through this process be reviewed and redesigned, and approached Toi Āria to lead this mahi. The partners named the initiative Whakatutuki Moemoeā — Families Fulfilling Dreams, clearly encapsulating a kaupapa of whānau, aspiration, strengths and self-determination.

Commencing in July 2020, the pilot has consisted of two parallel streams of work. Following a commencement pōwhiri and the gifting of the Whakatutuki Moemoeā tohu to Tu Mai, Te Tihi implemented its proven Te Ara Whānau Ora programme with six tāne within Tu Mai. With the guidance of a dedicated Kaiwhakaaraara (Navigator), tāne have developed a plan based on their dreams for their future, and have been guided to share their plan with whānau, who take accountability for supporting the tāne in accomplishing his dreams. This strengths-based process of engaging whānau with Te Ao Māori concepts of dreaming and wellness bore early fruit. Through whānau hui and subsequent mahi and presentation of their plans to the Parole Board and to the Court, four of the six tāne in the pilot achieved release into the care of their whānau, with the ongoing guidance of their Te Ara Whānau Ora Kaiwhakaaraara.

Concurrently, Toi Āria undertook research interviews to map the past and current experiences of tāne and whānau (a separate sample) with support services. Through interviews with tāne (on probation or reimprisoned) and their whānau, a map of needs and experiences with services was built. Interviews with service providers further informed a rich picture of service provision, gaps and potential ideas for improvement.

Whakatutuki Moemoeā mahi continues in 2021. Te Tihi continues to guide tāne and whānau as they work on their goals – and whānau are also invited to participate in the redesign of services. Reporting of the outcomes of the pilot are due in June 2021, including recommendations for whānau-centred rehabilitation and reintegration, and a blueprint for support service redesign.